If you’re not investing today, you’re losing money.
Last December 01, I was privileged enough to attend the annual Philippine Life Insurance Congress (PLIC) which was organized by Life Underwriter’s Association of the Philippines, of which I’m an official member.
In the PLIC, I learned about several things – some of which I’ve lost track of, because of information overload.
But I am committed to share with you, my amazing client, two key points:

Here’s the first one: 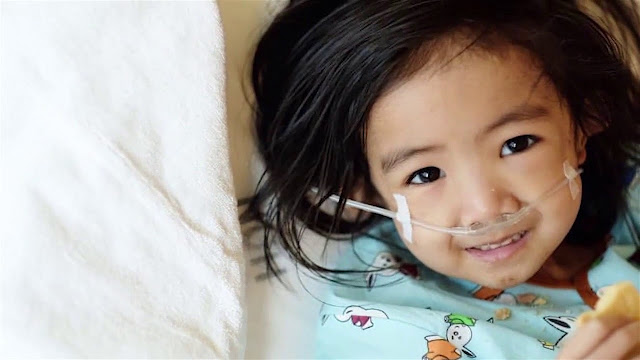 Courageous Caitie was 3 years old when she was diagnosed last March 2016 with juvenile myelomonocytic leukemia (JMML), a rare cancer of the blood affecting infants and toddlers. She passed away on March 31st.

Her parents were heartbroken. They were deep in debt. They were about to lose their home. Their son (Caitie’s little brother) was about to lose a roof over his head.
Then, came the life insurance policy to the rescue.

Her parents said:
“The P1,200 monthly premium that we paid for life insurance – when we claimed it, the amount is enough to let us keep our house and to help us give a brighter future to our son.“
—–
I hope you’re having an amazing day.
If you have kids, please hug them today for me. 🙂
Some of you already got a life insurance + investment plan for your child.
You’re making the right decision – it can also be used for their college fund in the future.
To some of you who still haven’t – what’s stopping you?
Budget?
Caitie’s parents set aside P1,200 per month only.
You already have your own plan?
That covers only you – not your children.
—–
Grabe, I said to myself, no parent wants their child to suffer a disease and pass away.
No parent wants to bury their child.
When her parents got Caitie a life insurance + investment plan, it wasn’t because they expected her to get sick!
It was for her college fund in the future.
Unfortunately, we are never assured a tomorrow. 🙁
Caitie’s parents are thankful to life insurance – to the claim they received – because it helped them financially, even though their hearts were breaking.
—–
You worked hard for this money – shouldn’t your money do the same for you?
Protect your family AND invest for the future with Sun Maxilink Prime.

Want to advertise on The Wise Living? Or thinking of hiring me for a speaking engagement? Please email me to receive our media kit or speaker profile. Email: thewiseliving.lianne@gmail.com.